St. Kilian’s debating champions, Leah, Oscar, Aisling, Isabelle and Siddarth attended the Concern 50th anniversary conference, Resurge 2018,  on Friday 7th September in Dublin Castle. Entitled “Resurge of Humanity: Breaking the cycle of conflict, hunger and human suffering”, the conference focused on how to best address the needs of those caught up in conflict and displacement and explored fresh thinking on prevention and resolution solutions for conflict itself.

The students were privileged to hear contributions from former American President, Bill Clinton, by former Irish President, Mary Robinson and from our current President, Michael D. Higgins. They also met and talked about their debating experiences with United Nation’s Deputy Secretary-General Amina Mohammed.

After the conference they were invited to the Department of Foreign Affairs where Tánaiste and Minister for Foreign affairs, Simon Coveney, hosted a forum on Youth Action for the Sustainable Development Goals. Leah delivered a speech to the Minister and United Nations Secretary-General explaining how she and her team-mates, Oscar, Aisling and Isabelle persuaded the audience and adjudicators at the final of the Concern competition that the spirit of 1968 had to be rekindled to achieve the SDGs.

We look forward to hearing more from these debaters throughout the year! 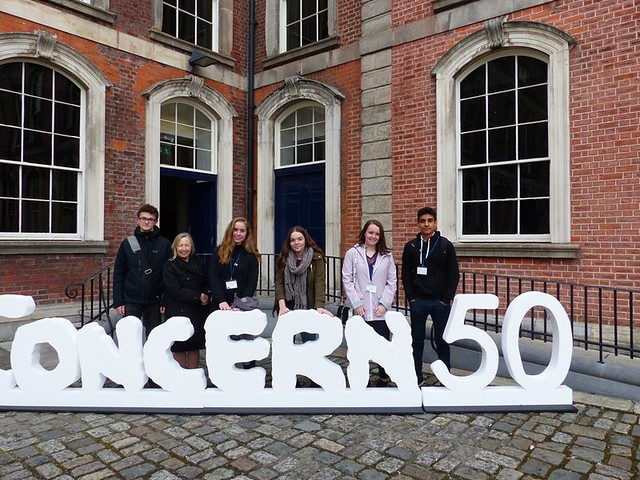