This year’s Kilian’s Short Film Festival took place in UCD cinema on 4th May 2018. The festival is now in its 4th year and we got numerous fantastic film entries from our students.

Ms Kavanagh and Mr Lacey, the organisers of the festival, showed us a selection of short films made by St. Kilian’s students, as well as some prize-winning films from the European film competition “Europa filmt”. Furthermore, for the first time this year, the films produced by students during their TY Human Rights module, a joint module between St. Kilian’s and the LFI, were screened.

Winner in the Junior category was “Left Right Wrong”, a film by 8th class students about teenage angst. The Senior prize went to “We Ran”, a film by 12th class students that dealt with anxiety experienced by students before their Leaving Certificate. The audience award went to the comedy “Attack of the onesies”, made by TY students in their Film Studies module with Ms O’Leary.

Thank you to everyone who participated and to all the teachers involved in this fantastic St. Kilian’s event.

A short clip featuring some of the films that were screened can be found on our Facebook site. 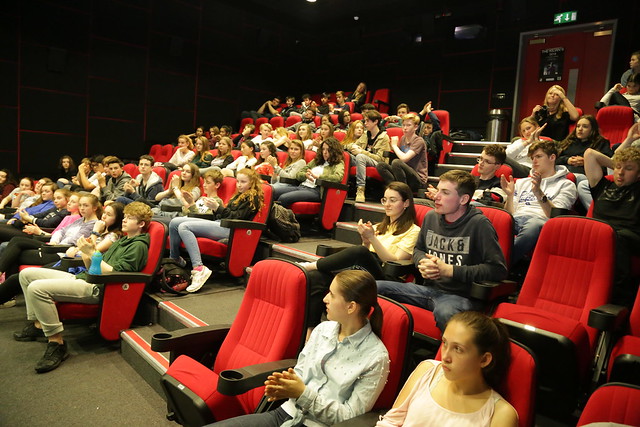