Our school participated in the National Fitness Day initiative again this year which took place on Thursday 26th September. Ms Collins, Head of PE in the Primary School, organised a fun circuit on the Astro for Primary School pupils, followed by a football match with a giant ball in which the 6th class pupils took on their teachers.

7th Class were also all out in the fresh air getting involved in some fun activities of which tug of war seemed to be the one most enjoyed by all.

During lunch break some of our 12th class boys and girls took on their teachers in a Volleyball match. The atmosphere in the gym was highly-charged! They played two matches with each team winning one.

Many thanks to Ms Collins and Mr Goldrick for organising the events for National Fitness Day each year and to all teachers and pupils who participate so enthusiastically. 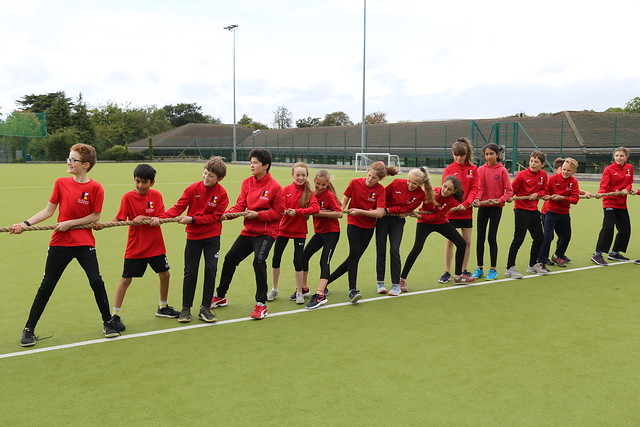